You can register online for all courses or download the registration form. You can find all information about prices, discounts and registration at the page REGISTER. 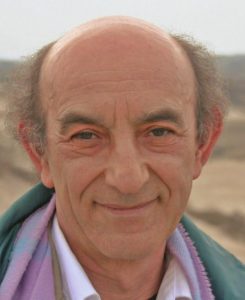 Alan Nash was born in London on May 14th, 1946. After grammar school he studied Psychology at the Marylebone Institute, London. Financial limitations forced him to work and he chose the world of physics, chemistry and information technology. However, this did not nourish his soul.

At the age of 24 he joined a large group of young people with an Indian master. An intensive training period followed, in which he studied meditation, Aikido, manual therapy, Yoga, Foot reflexology, acupuncture, Moxibustion and homeopathy.

In 1979 he came to the Netherlands as a computer expert, while continuing his studies into "healing". He studied Karate (Shotokan-style) with Hans Haarthoorn in Utrecht.

In 1981/1982 he studied Biometabolism at the European Laboratory for Nutrition and Nutrients with Professor Drs. E.F. Vogelaar, director of the European Nutriënten Laboratorium (ELN) in Utrecht. In 1981 he studied Shiatsu with Yoshinori Miyashita in Amsterdam. That year he also obtained his medical diploma of the N.V.G.N. in Amsterdam. In 1983 he began his practice of Footreflexology, “Healing” Do-In and Shiatsu in Lisse, in the Netherlands. He demonstrated and taught Shiatsu to those interested.

In 2011 and 2012 Alan was asked by professional association NVTCG Zhong (Netherlands),  to give workshops on diagnosis and special techniques to its members. You can read more about this at his Linkedin page. 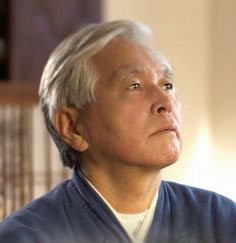 Sensei Kawada is a distinguished teacher of Oriental medicinal knowledge and its history. He is one of the most experienced Japanese teachers in Europe. His additional interests include the I-Ching and 9-star-ki, which he correlates with Shiatsu.

Through his practical experience, he discovered the connection between the twelve main meridians and the eight Curious Vessels. Based on this, he developed eight Do-In exercises for stretching the Curious Vessels. His experiments with these meridians are remarkably effective.

Yuichi Kawada is founder and director of Yoseido Shiatsu, the three-year vocational education in Shiatsu Therapy in Belgium. In 2002 his book was published, “Essential Shiatsu”, which treats the eight Curious vessels. In June 2008 the book was published in German, French and Russian. Since 1998 Yuichi Kawada has been teaching level 4 at the NSKS.

The year with Sensei Kawada is now also accredited as postgraduate education for Shiatsu therapists, acupuncturists and TCM students and therapists. It is considered a valuable and important addition to the history and depth of effective diagnostics and treatment. Participants are initiated into knowledge and practice not found in other European education because of Yuichi Kawada’s lifelong study starting with his father’s influence as a practitioner and deeply rich knowledge and experience of the roots of the Oriental approach in preventive treatment and teaching. 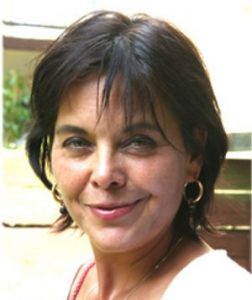 Anushka Hofman – Owner of the Dutch School for DO-IN, teaches level 1 of the shiatsu vocational education

Anushka started studying Shiatsu at the NSKS in 1992. She graduated in 1996 and has been practicing Shiatsu since 1993.

In 1995 she began teaching Do-In at the NSKS, and from 1996 onward she has been a teacher of Shiatsu and Do-In for students of the vocational education and basic courses. She has also been teaching outside of the school, for instance to personel of KPN, or to students of the Dutch society of Sport masseurs (N.G.S.). In 1995 she also organized the annual residential shiatsu seminar in Lunteren for the N.S.K.S.

Anushka has received postgraduate education repeatedly.
In 1997 she attended Oriental diagnosis classes of Ohashi Sensei and others.
In 1998 she was taught calligraphy by Yunko Yamanouchi.
In 1999 Medicinal cooking with Kyoko Onishi.
She has been organising this course for the NSKS annually ever since.

In may 2003 she helped develop a Dutch version, together with Alan Nash, of the book on Do-In, called Meridian exercises, by Shizutu Masunaga. She also helped develop the book of the NSKS on Do-In for young and old, written by Jolanda Smolders. On April 18th, 2004 she was interviewed by Myrna Goossen for the Dutch RTL4 programm “Aperitivo” on the meaning and importance of Do-In.Do-In voor jong en oud’  geschreven door Jolanda Smolders.  Op 18 april 2004 werd zij geïnterviewd door Myrna Goossen voor RTL4 in het programma “Aperitivo” over de betekenis en het belang van DO-IN.

Since 2004 Anushka has been specialising into female problems and therapeutic applications of Do In specifically for women. She has been teaching weekly Do-In lessons for women. In addition, for women who cannot attend these weekly sessions, she organizes several workshops both in and outside of the N.S.K.S.

In 2006 she spent three months teaching Shiatsu to twelve masseurs of the “Elysium, Centre for Well-being”.

Since 2006 Anushka organizes and facilitates the training for advanced students (of Shiatsu and Do-In) to become qualified as teachers of Do-In. The Dutch School for Do-In issues licenses for Do-In teachers, and organises the Do-In teacher day for license renewal. Anushka also teaches key seminars of the vocational education, such as the Moxa seminar and the Japansese Medicinal Cooking seminar.. Sebastiaan van Leeuwen came to the NSKS for the first time in 2001 to take a basic Shiatsu and DO-IN course with Alan Nash. His interest in Eastern disciplines had grown ever greater after he started Aikido in 1999 with Aikido Dojo ShiZenRyu. Because of this interest and his desire for further personal development, he came to the NSKS. From the first step he took within this school, he already knew that he would be studying this art for the rest of his life.

Sebastiaan van Leeuwen teaches the second year of the accredited professional shiatsu diploma course. He is a certified Shiatsu therapist and Do-In teacher trained and qualified at an advanced level at the Dutch school for classical shiatsu. In addition to teaching at the NSKS he has his own Shiatsu practice.